In many ways it seems impossible that Amazon has been in business for more than 20 years. Time does fly! During that time, Amazon has been – and continues to be – the largest and most innovative leader in the e-commerce market. You may be surprised to discover the other markets Amazon has not only entered, but is also in the process of redefining and reinventing.

Amazon Grows While Others Struggle

Amazon recently reported a 28 percent jump in sales with a profit of $513 million in its first quarter. The first three months of the year saw a phenomenal $29.1 billion in sales thanks in part to the success of Amazon’s own Kindle and Fire tablet computers as well as the Amazon Echo. And while Amazon grows and begins to open brick-and-mortar retail stores, large retail competitors like Walmart, Macy’s and Sears announce large layoffs and are closing stores.

After the lackluster earnings from Apple and Microsoft recently, it appears that Amazon is bucking the current trend by surging ahead of the competition and many technology giants. However, many of the media outlets reporting on Amazon’s success across the globe fail to understand exactly how and why the company not only achieves continuous growth but also seems to select the best new areas to jump into.

Leaders within the retail industry desperately want to learn the secret to Amazon’s success, but all too often they repeat the same old mistake of paying more attention to the competition than to the forces that are shaping the future.

When leaders do take the time to think about the future, they quickly discover that there is no shortage of trends to review. Let’s face it, there is a long list of companies as well as individuals who either publish their trend list or write a blog stating their top five – and they just keep piling them on. Trends are like ideas – there has never been a shortage. The problem is figuring out which ones to act on. The risk of being wrong can be enormous. And as we have all seen in recent years, not acting can be even worse!

As you can tell from the title of this article, Amazon’s secret success strategy has been to be anticipatory by identifying the Hard Trends that will happen and using them to innovate with the confidence certainty provides. Before going into this powerful strategy in more detail, let’s look at what Amazon is doing that’s invisible to most. I’ll bet it is far more than you realized.

There are around 50 million online shoppers who are choosing to pay $99 a year for the Amazon Prime service. In addition to offering free, super-fast delivery of items, Prime also serves as an alternative to Netflix with a growing catalog of movies and TV shows. The service is becoming increasingly attractive to those who want to, or already have, cut the cord to cable TV.

Many fail to realize that 74 percent of Prime members also purchase items on a regular basis from Amazon. When delving deeper into these stats, you are hit with two that are quite staggering:

While many retailers continue chasing customers and bombarding their email inboxes with generic and irrelevant marketing messages, Amazon uses data analytics to provide shoppers with what they are interested in, when they are most likely to want it. And the level of personalization increases for Prime members. That’s one of many reasons why 60 percent of Amazon shoppers are Prime members who love the benefits of membership, making it easy for Amazon to keep its best customers coming back for more.

Capturing customers and bombarding them with value creates an elite club in which friends, neighbors, and families share stories of how Amazon keeps finding new ways to exceed expectations, such as an ever-growing list of items that can be delivered within a few hours. Amazon CEO Jeff Bezos famously said, “We want Prime to be such a good value, you’d be irresponsible not to be a member.”

Creating Its Own Private-Label Brands

Amazon’s available inventory contains over 50 million different products, with 75,000 new items added every day. But the big news to many is the introduction of private-label brands such as AmazonBasics (electronics accessories), Pinzon (kitchen gadgets) and Elements (health and beauty products). The list of private-label categories is expanding fast, and by creating its own brands, Amazon is once again growing and strengthening its offering without most people noticing.

With 138 warehouse facilities offering 68 million square feet of space, nobody can accuse Amazon of not thinking big enough. And 93 additional facilities were built in 2015, and even more are expected in 2016. With over a thousand branded trailers, and leasing twenty 767 jets, the company is indeed on the move in many ways and could easily be labeled as a logistics company.

From the beginning, Amazon has used an anticipatory strategy rather than a reactive or agile strategy, unlike most of its competitors. By learning to separate the Hard Trends that will happen from the Soft Trends that might happen, Amazon arms itself with a powerful choice: to take action and become the disruptor, or wait and become the disrupted.

By using Hard Trends to select the areas it would disrupt, Amazon went beyond focusing on the profitability of the quarter and used the methodology to bring a high level of strategic clarity to its planning. By separating future facts from possibilities and assumptions, Amazon used that knowledge to anticipate disruptions, problems, customer needs and game-changing opportunities.

With an all-consuming focus on its value proposition of selection, price and customer experience, and raising the bar on them continuously, should we be surprised by Amazon’s success? The biggest lesson to learn from the company’s inspirational success story is how it understood the strategic importance of being anticipatory rather than reactionary.

For example, when it became apparent that cloud computing was becoming a Hard Trend, did Amazon look around to see what everyone else was doing? Of course not. Instead, it focused on the creation of Amazon Web Services (AWS) to obtain a sustainable advantage in the future. It’s this anticipatory mindset that delivers great things. AWS sales have rocketed to $2.57 billion, which is up 64 percent from last year, smashing analyst predictions. Despite Microsoft Azure making a few waves in the industry with $560 million in revenue, this remains considerably behind the $2.46 billion lead AWS has.

Amazon does not compete or imitate its competition. Copying Walmart would merely result in becoming Walmart. Companies in every industry should be following their own path by lowering risk and taking action by using Hard Trends to shape the future. The time has come to replace competing with initiating and creating; it is that simple.

Manufacturing as a Service

I believe that Amazon’s next move will be to purchase industrial-grade 3-D printers that smaller companies and individuals won’t be able to afford. This will enable the launch of yet another virtualized service, Manufacturing as a Service (MaaS), that will allow any user to be a manufacturer of custom products to deliver anywhere, anytime and to anyone.

This represents a fantastic opportunity for anyone with an idea for a product to upload a CAD drawing to Amazon, which will make and dispatch items to clients. Even if you don’t know how to turn an idea into a comprehensive design, there will be a wealth of people to help you, from sites such as Fiverr or Upwork, as the so-called gig economy gathers steam.

Many in the corporate world spend too much time scratching their heads and wondering what the future holds, clinging to their reactionary past. Amazon, with its anticipatory mindset, can see beyond the fog on the horizon to know that in the very near future, anyone will be able to be a manufacturer or turn an idea into a business using a set of virtual tools.

When a new product or service is not working, end the pain, share the lessons learned and move on. Rather than rushing in and protecting and defending the product or service that’s not working, develop a metric to evaluate when it’s time to cut your losses and move on. In a letter to shareholders, Jeff Bezos proudly called Amazon “the best place in the world to fail.” If you’re not making mistakes and experiencing some failures, you’re not innovating. Failing is not the problem – failing slowly is. And when you do fail, instead of hiding it, licking your wounds and moving on, as most do, share the lessons learned.

While some organizations still purchase their equipment from catalogs, most are unaware that the Amazon Business marketplace site hit over $1 billion in sales in less than a year. Quietly modernizing the market by encouraging its users to bring their shopping habits into the workplace will further cement Amazon’s “everything under one roof” ethos.

Amazon’s expansion into the grocery sector initially raised a few eyebrows, but it is also experiencing tremendous growth. While traditional big-box grocery stores such as Walmart and Target are seeing their sales decrease by 4 to 5 percent, once again it’s Amazon that is riding the wave, with an increase of 18 percent in the first quarter alone this year.

Whatever your needs or requirements, you can be sure that Amazon will be working on providing a new service that anticipates your future needs, and it does so by identifying the Hard Trends shaping the future.

On the surface, it’s easy to see why people jump to the conclusion that the key to Amazon’s success is being agile, responding to change faster than anyone else. But when you look at the level of Amazon’s ability to place big bets on where the future is heading – and win! – it’s clear that agility would not provide that capability. Amazon’s secret weapon from the beginning has been having an anticipatory mindset and using Hard Trends to shape its future rather than relying on reacting quickly as a way of competing with others.

The time has come to stop looking at the future with yesterday’s eyes. We are doing things today that were impossible just a few years ago. And, in just a few years we will be doing things that are impossible today. Ask yourself if you would rather react faster than your slowest competitors or learn to use the Hard Trends that will happen to anticipate disruption, problems, customer needs and game-changing opportunities. The choice is up to you.

By DANIEL BURRUS who is considered one of the World’s Leading Futurists on Global Trends and Innovation, and is the founder and CEO of Burrus Research, a research and consulting firm that monitors global advancements in technology driven trends. 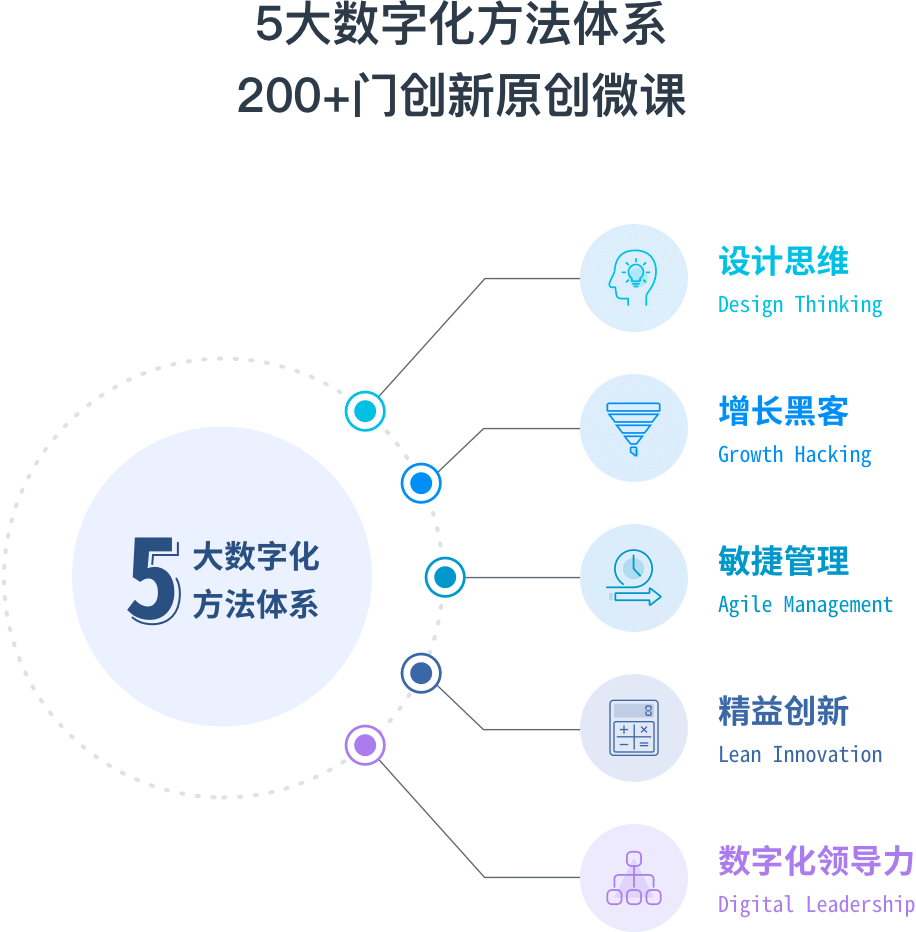 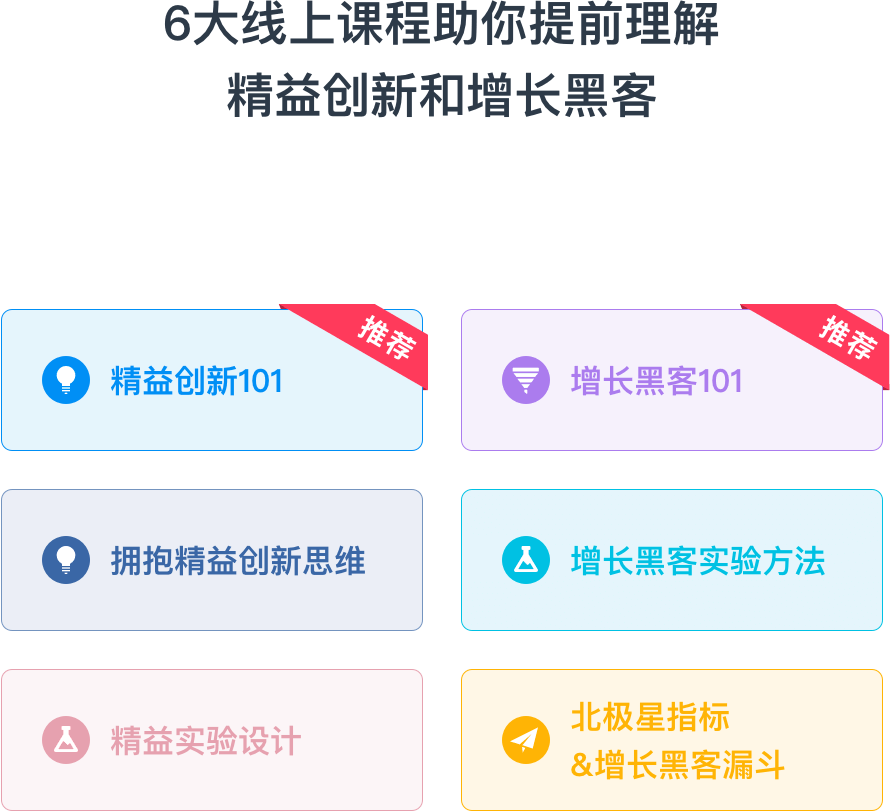